#GETFITCLT – 20 Ways to Workout Together But Apart This Month

Best of Charlotte Salads from Mooresville to Fort Mill

Here are 70+ Black Beauty Professionals to Know in Charlotte

Your Bones as a Woman. Taking Care of Them and What to Know

What can have an effect on them?

One of the best ways to promote healthy bones is by eating right. Calcium, vitamin D and Magnesium are critical nutrients for bone health.
Calcium builds our bones and keeps them healthy, but your body can’t produce calcium on its own — so you have to get it from your diet.

A 2011 study found most Americans aren’t getting their recommended amount of calcium. And according to the National Osteoporosis Foundation, minorities can be more likely to have a deficiency: an estimated 70 percent of African Americans and 90 percent of Asian American women are lactose intolerant, which can make it hard to get enough calcium.

Going dairy-free? Don’t worry. Dr. Julie Woodside with OrthoCarolina said many foods that contain calcium might surprise you. She mentioned chia, sesame and poppy seeds, as well as white beans and her personal favorite dried fruit, figs. A few other great sources are almonds, edamame, collard greens, spinach and kale.
“So you see, cutting out dairy does not mean our bones have to suffer,” Dr. Woodside said.

Vitamin D is necessary for your intestines to absorb calcium. It also helps support muscles to avoid falls. If you’re younger than 50, you need about 400 to 800 IUs (international units) daily. If you’re older than 50, aim for 800 to 1,000 IUs.

Other bone-boosting nutrients include phosphorus, potassium and Vitamin A.

You’ll need to be vigilant if you have an absorption issue like Crohn’s or Celiac Disease. OrthoCarolina Physician Assistant Jen Suckow said taking in nutrients or supplements is no good if you’re not actually absorbing them. If you have an absorption disorder (or have had weight loss surgery like gastric bypass), consider asking your doctor if you should check your calcium and Vitamin D levels.

Some experts believe being overweight can lead to weak bones. A 2015 study led by a professor of nutrition and exercise physiology at the University of Missouri found that a group of sedentary obese rats had poor bone strength, loss of bone mass and other bone-related issues their exercising counterparts did not.

Dr. Woodside said being overweight or obese may be more associated with less impact exercise, poor dietary habits, diabetes and other conditions that can negatively affect bone mass.

But be careful about how you lose weight. Restricting calories can cause bone loss. Diets providing fewer than 1,000 calories per day can lead to lower bone density.

Women who suffered from eating disorders, particularly anorexia, in the past are at an increased risk for low bone density. About three-quarters of women who met the criteria for anorexia (meaning they were at 85 percent or less of their ideal body weight) likely have some kind of mineral bone deficiency, according to Eating Disorder Hope. If you had an eating disorder in the past, watch for changes like a decrease in height (caused by the spinal cord collapsing in on itself) as well as any kind of numbness, weakness and chronic pain.

Regular exercise is a major, controllable factor in bone mass. According to the National Institutes of Health, young women (and men) who exercise regularly generally achieve greater peak bone mass than those who don’t. Exercising also helps maintain muscle strength, coordination and balance, which in turn helps to prevent falls and related fractures. This is especially important for older adults and people who have been diagnosed with osteoporosis.

Weight-bearing resistance exercises are best. Love swimming or your weekly spin class? Suckow said even though they’re great for your heart, they aren’t the best way to exercise your bones. A good rule of thumb is to try to do something that requires your feet to leave the ground.

Pick one or more of these bone-building exercises to work into your weekly routine:

Some medicines can cause bone loss. For example, Suckow said people who have been on steroids for several months are at significant risk for decreased bone density. People who have gone through cancer treatments have an increased risk as well.

If you regularly take any of the following, talk to your doctor about how to avoid a decrease in bone mass:

Estrogen protects bones and it decreases sharply when you reach menopause. That can cause bone loss, and definitely increases your chances of developing Osteoporosis.

“Estrogen is like the referee,” Suckow said. “Your body is doing bone building and bone breakdown at a steady pace but once estrogen is gone, the bone breakdown goes unchecked and speeds past your body’s ability to make more bone.”

Many women consider estrogen therapy to help relieve menopausal symptoms; while there are several negative side effects (including vaginal bleeding and gallbladder disease), one positive side effect of taking estrogen is the additional bone protection.

Menopause isn’t the only time your hormones can affect your bone density. Suckow said young women who are so active they lose their menstrual cycle are at an increased risk for low bone mass and as a result, stress fractures.

“Young, physically active girls with low body fat can go months without a menstrual cycle,” Suckow said. “If they’re thin enough, their hormones are suppressed and at that point, they’re experiencing low estrogen levels like women in menopause.”

Some female athletes are put on birth control to regulate their hormones and salvage their bone density. If you or your daughter have stopped menstruating for several months as a result of over-exercising or low caloric intake, talk to your doctor.

What about pregnant women? Although you will likely lose some bone mass during pregnancy and breastfeeding, most women gain it all back quickly. In fact, studies show pregnancy is good for bone health later in life. According to the National Institutes of Health, some evidence exists that the more times a woman has been pregnant (carrying a baby up to 28 weeks), the greater her bone density and the lower her risk of fracture.

Nearly 50 percent of women older than 50 will break a bone because of Osteoporosis — a condition that makes bones weak and brittle, increasing your risk of fracture.

Just by being a woman, we’re at a much higher risk of Osteoporosis than our male counterparts. That’s because our bones are smaller and thinner, and we lose bone-protecting estrogen once we hit menopause.

Additional risk factors include being Caucasian or Asian ~ 20 percent of Caucasian and Asian women older than 50 are estimated to have Osteoporosis, versus five percent of African American women and ten percent of Latina women, family history of low peak bone mass, early menopause and late menstrual cycle beginning.

Dr. Woodside said many risk factors for osteoporosis are controllable, including:

How will you know if you have osteoporosis?

“Unfortunately, most of the time, osteoporosis is identified at the time of an osteoporotic fracture, ground-level fall with distal radius fracture, or hip fracture, etc.,” Dr. Woodside said.

If you’re concerned about bone mass, talk to your doctor about a bone mineral density test.

“In recent years, orthopedic surgeons have adopted an ‘own the bone’ mentality where we are making an effort to reach our patients early to promote bone health and decrease osteoporosis and the complications of osteoporosis,” Dr. Woodside said.

Knowledge is power, and being aware of what can affect your bones could mean a healthier, stronger future.

Next post The Scoop Girls Guide to Atherton Mill Now 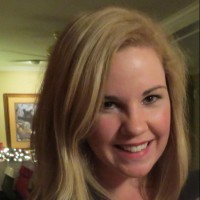 About the Author Sarah Pryor

Meet 10 Charlotte High School Female Athletes Taking Their Game to the Next Level.

The Difference Between Treadmill Running and Road Running

Should You Schedule a Virtual Visit with a Physical Therapist or Orthopedist for Pain Now?

What’s the scoop on scoop?

scoopcharlotte.com and scoopthelake.com are paid advertorial websites devoted to keeping local women up to the minute on their local scene.

We’re just going to be upfront about this. People pay us to talk about their business.

Most publications and blogs have some form of pay for play. We are putting it right out there. As much as we love to help support local businesses, we do not have non-profit status. (Saving the world, one shoe at a time……)

We are still VERY picky about our clients. We only promote businesses we like, and that we think our readers will like.

Get Social with scoop: