#GETFITCLT – 20 Ways to Workout Together But Apart This Month

Best of Charlotte Salads from Mooresville to Fort Mill

Here are 70+ Black Beauty Professionals to Know in Charlotte

This article is brought to you by OrthoCarolina. You. Improved.

Fall sports have arrived. While the temperatures insist that it remains summer, athletes across Charlotte are getting ready for the upcoming season. Whether you are a runner preparing for the 10th OrthoCarolina 10k Classic on Aug. 17 or the Around the Crown 10k on Sept. 1, or you plan to support a runner in one of those races, we are highlighting Charlotte high school female cross country runners going the distance.

The Hawks finished third in NCISAA state championship meet last season. Runners battled temperatures in the 40s, rain, water logged fields and muddy hills. Mary Schleusner finished ninth in state competition, as a freshman. Keep an eye on her sophomore season with the Hawks. She and Maria Llerenas-Soto, who is entering her junior season after finishing 11th in the final meet, earned All-State honors.

The Chargers took fourth place at the state championship meet. Ashley Horwitz impressed in her freshman season, finishing fifth in NCISAA finale. Look for her continued success as a sophomore.

Kelsey Troutman had the best performance for the Lions in the state championship meet. She claimed 13th, and the team took fifth. It was her last performance as a Lion, but her competitive career continues close to home. Troutman will run cross country, as well as track and field at Davidson College.

Sophie Spada’s seventh place finish was the highest for the Bucs last fall, who took sixth as a team. Keep an eye on Spada during her senior season with the Bucs.

Practice began on Aug. 1, with the first contest arriving on Aug. 19. Regionals are scheduled for Nov. 2, followed by states on Nov. 9.

The Mustangs placed third in state competition, their 13th top 10 finish since 2005. They also won the NCHSAA Western 4A regional championship. Sophomore Cora Cooke’s fourth place finish at states made her the seventh girl in school history to win All-State honors. Keep an eye on her junior season over the next few months.

Next post Training and Recovery Tips for Your Summer 10K 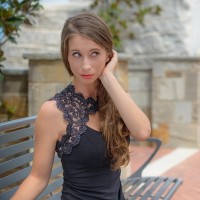 Meet 10 Charlotte High School Female Athletes Taking Their Game to the Next Level.

The Difference Between Treadmill Running and Road Running

Should You Schedule a Virtual Visit with a Physical Therapist or Orthopedist for Pain Now?

What’s the scoop on scoop?

scoopcharlotte.com and scoopthelake.com are paid advertorial websites devoted to keeping local women up to the minute on their local scene.

We’re just going to be upfront about this. People pay us to talk about their business.

Most publications and blogs have some form of pay for play. We are putting it right out there. As much as we love to help support local businesses, we do not have non-profit status. (Saving the world, one shoe at a time……)

We are still VERY picky about our clients. We only promote businesses we like, and that we think our readers will like.

Get Social with scoop: