Charlotte Farm to Table…What Farms to What Tables?

In the popular farm-to-table culinary movement, local and regional ingredients take center stage. What does that look like for Charlotte chefs? We explored the menus at 12 area restaurants to find out.

From Charlotte-grown produce to organic spinach from Monroe, it’s safe to say that Executive Chef Matthew Shepard is a fan of sourcing local.

“Sourcing ingredients locally is a great way to ensure quality and freshness since most ingredients will be picked days before receiving instead of up to months,” he says.

Just how local are McNinch House’s ingredients? The restaurant’s own onsite garden produces the tomatoes, cucumbers, herbs and edible flowers you see on the menu. The culinary team also sources mushrooms from Charlotte’s Urban Gourmet Farms, broccoli, beets, corn and peas from Waxhaw’s Boy and Girl Farm and lettuces and spinach from Windcrest Organics in Monroe. In addition to other NC and SC farms, Chef Shepard also mentions both the Matthews and Charlotte Regional farmers markets, as well as the Freshlist service.

Guests can taste the flavors of local ingredients in almost every dish on the menu. Several of Chef Shepard’s new summer menu items will feature local ingredients including the tomato collection salad, strawberry soup, and  squash dishes. A signature item, the lamb entrée, is served with seasonal vegetables. Even dessert has a local focus: The restaurant’s carrot cake makes use of locally-grown carrots.

What would authentic Italian cuisine be without that essential ingredient – exceptional cheese? Aria Tuscan Grille features products from Charlotte cheesemaker Uno Alla Volta (known as UAV) throughout its menu. Made from locally sourced milk, find UAV offerings in Stracciatella on the Margherita pizza, Ricotta in the House-Made Mint Pappardelle with Lamb Bolognese, fresh Mozzarella on the Polpette pizza and desserts Orange Cassata Cake and Cannoli.

Charlotte’s Prestige Farms chicken is the star of Aria’s signature entrée, the Sicilian Chicken Cacciatore, while the restaurant’s seafood purveyors provide guests with great fresh catches off the coast of North and South Carolina for daily features.

Don’t worry, they didn’t forget dessert. Unique, scratch-made flavors such as Basil, Olive Oil, Roasted Almond, and Lemon Mint from Greensboro’s Gnam Gnam Gelato are regulars on the Aria dessert menu. And even the cocktail menu gets local with liquors including Muddy River Queen Charlotte’s Reserve Rum in The QC cocktail, Durham Distillery Conniption Navy Strength Gin in the Motto Guzzi and Doc Porter’s Gin in a Classic Negroni.

The seasonal, market-driven and ever-evolving menus at The Stanley embody the farm-to-table movement. Leading the restaurant’s direction is Executive Chef Paul Verica, who builds creative, whimsical and beautiful dishes using hyper-local ingredients from nearby farmers and purveyors.

“To make the best food, you need to best products and there is nothing better than local and seasonal,” Verica notes. “I have worked with some of these folks for over a decade, they are like family in many cases.”

The goal isn’t just to feature local flavors, Lynch says, but to educate restaurant guests about their food and its origins.

“For us, the farm is more of a lifestyle than a place. We are passionate about promoting the farm-to-restaurant connection to both our 5Church diners and our staff,” he shares.

Lynch’s farm is currently growing a variety of vegetables including radishes, arugula, beets, Hakurei turnips, broccoli, eggplant, summer squash and more. The half-acre of garden beds also includes blueberries, fig trees and a variety of flowers like eucalyptus, lemongrass, citronella and lavender. There are also future plans to add beehives, which will supply 5Church with honey for dishes including their popular charcuterie boards.

Mimosa Grill’s commitment to featuring local farmers and purveyors began in 1996, when the restaurant opened as the first regional ingredient menu in Uptown. Ever since, the culinary team (currently led by Executive Chef Thomas Marlow) has worked to highlight the freshest local farm and coastal ingredients in their daily Southern-inspired lunch and dinner menus.

Even a trip to the bar boasts flavorful finds. Stop in an after-work bar bite menu that includes locally cured artisan meats, best enjoyed with your choice from craft local beers, inspired cocktails and a wine list that shows off every flavor of Mimosa’s menu.

Each April through October, owner Fran Scibelli relies on Simpson’s Produce, and has for more than 25 years. In addition to the produce grown on the Simpson’s farm, Scibelli also looks for the market’s seasonal apples from Asheville and peaches from South Carolina.

Scibelli supplements what she finds at Simpson’s with finds at the Mecklenburg County Market, including zucchini, squash and tomatoes. She also mentions Charlotte Regional Farmers Market as a staple for exotic and unique produce.

Roots Cafe is another go-to for fresh and local flavors. The menu includes products from the family-owned Spring Lake Family Farms in Albemarle. You can also find produce from North Corner Haven Farms in the Spring Market Salad, which is bursting with fresh greens, asparagus, broccoli, pickled cauliflower, shaved radish, snow peas, and finished with grated grana and white balsamic dressing.

Park Road’s Flour Shop isn’t afraid to give diners a behind-the-scenes look into how menu items make it to their plates. From the open kitchen to a list of purveyors alongside menu options, guests know they’re about to enjoy fresh, handmade dishes.

In Uptown, Rooster’s celebrates bringing fresh farm produce to the city. The seasonal menu features produce from family-run New Town Farms in Waxhaw, as well as Harmony Ridge Farms in Tobaccoville, NC. Rooster’s head baker, Maris Pedersen Ochoa, is one of only a few to use Anson Mills organic barley malt in her breadmaking. 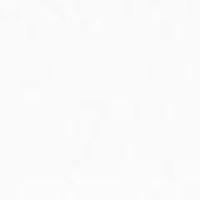