For a gal whose first job (and lifelong fascination) was selling makeup, having Bobbi Brown come to town for the Mint Museum Auxiliary’s Fall Forum had me more than a little excited.

After all, Bobbi Brown was one of the pioneers of what is now ubiquitous ~ makeup-artist created brands.  Her eponymous makeup line launched in 1991 with just 10 lipsticks and was based on the idea that women wanted to look like themselves, only better.  I’ll never forget trekking to Henri Bendel to check out Bobbi Brown’s line and being so impressed with her fresh approach to makeup that enhanced features without looking over the top.  Her innovative inventions of under-eye color corrector and gel eyeliners continue to be standard in many makeup lines today.

Fast forward 25+ years, and Bobbi Brown has stepped away from the company she built to a new chapter focused on lifestyle and wellness.  To me, this transition made complete sense–who hasn’t realized over time that beauty is really about embracing a healthy lifestyle and accepting yourself?  Her book Beauty from the Inside Out is a guide for healthy living with a tiny bit on makeup which Bobbi said they made her include. The book has loads of information on healthy living, eating, exercise, nutrition and some of her favorite tips and recipes.   She looks amazing by the way–she’s 61–so you can tell she’s following her own advice. The book is full of great information–I personally loved her ideas on drinking “clean cocktails” (spirit-based drinks with no sugar) and the remedy for a hangover which comes in handy this time of the year.

The CommenceMINT event kicked off with the Patron’s party in one of the most beautiful homes I’ve ever been in–a bright spot in one of the dreariest rainy weeks of the fall.  Though Bobbi herself wasn’t there, which was disappointing, I couldn’t help but love her the next day as she spoke with the moderator, Ashley Anderson, who asked thoughtful questions about her journey from makeup artist to makeup mogul–and then the next chapter of her life–one that is driven by a simpler approach to living.

I was fascinated with the down-to-earth and thoughtful conversation–about everything from how to manage working with your husband (on their joint project– The George a boutique hotel in Montclair NJ) to using Almond Oil on your skin to what she eats for breakfast (if you are curious, most days it’s eggs).   The conversation also explored her opinion on botox (it doesn’t work for her) and her opinions on lasers (she’s a fan) and the biggest surprise of all; she doesn’t like alot of makeup!  But most of the conversation was deeper than that–and inspiring to me as Bobbi talked about being a mom to three boys and what life will look like for her going forward–which by the way is not slowing down at all.  She has become a certified health coach and has developed a line of nutritional shakes called Evolution_18.  Oh, and in her spare time she has a podcast–and best of all, she’s got something new in the works that she can’t talk about just yet.  I can’t wait to hear what it is.

The CommenceMINT Party for Room to Bloom 2018

The Fall Forum with Bobbi Brown

Tags: Party Pics
#sponsored. Articles on scoop are sponsored by the businesses mentioned and/or our advertisers. For more info on our policies click here.

Next post Get Decked. What to Wear for Cocktails, Black Tie & Weddings this Month 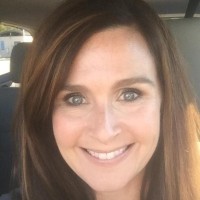 About the Author Lesley

Lesley Downey is a Charlotte-based beauty writer, tennis hack and beginning oil painter. She is a kitchen comedian for her three kids, and trophy wife to her husband Bill.

The Hats! The Gowns! The Puppies!
Party Pics from the Angelou Luncheon, the Hope Gala, and Ties & Tails