Hand Sanitizer ~ Is It the New Bottle of Wine?

A Stylish Mask Wardrobe is the New Must Have. Here are Our Favorite Mostly Local Face Masks.

Virtual + Things to Do This Memorial Weekend (5/21)

Get Out. Hiking Near Charlotte

JUNE FAMILY BOOK CLUB. Our Picks for What To Read as a Family This Month.

Time to raise your glasses of lemonade and toast the end of another school year! Along with spending days at the pool, getting your family book club meeting on the calendar is a fun way to kick off summer. We debuted our Scoop Family Book Club in April, a tradition for families to share a love of reading and connect more often. Your book club can help young readers stay inspired during the lazy days of summer, and give everyone an excuse to relax on the porch with a popsicle.

We reached out to the Charlotte Mecklenburg Library for book recommendations and insight on starting a family book club. Gina deLisle, Senior Library Assistant and Book Club Kit Coordinator at Charlotte Mecklenburg Library, shared why reading together is important, “In today’s busy world it has become more difficult for families to spend time together. A family book club is a great way to incorporate learning into your routine while giving everyone a chance to touch base regularly.” To complement your book club, you can encourage kids to read, volunteer and be creative with the library’s Summer Break: Read, Learn, Explore program.

Summer is an ideal time to catch up on popular reads you and your kids may have missed when first released along with the latest titles. Our book selections feature new releases and the library’s recommended reading for your family to enjoy this summer. Book summaries below pulled from Amazon.com.

Shark Nate-O by Tara Luebbe and Becky Cattie (little bee books)
Tara Luebbe, a Fort Mill, SC resident, teamed up with her sister Becky Cattie to pen Shark Nate-O. “Nate loves sharks. He reads shark books every day, watches sharks on TV, and talks about them nonstop. He even likes to pretend he’s a shark wherever he goes! However, there is one small problem. . . .

When his older brother points this out, Nate works hard to overcome his fears and learn how to blow bubbles, use a kickboard, and finally swim without help, as quickly and as gracefully as a shark. Will he be able to beat his brother in a swim tryout and get his bite back? Kids will love this jawsome book complete with vibrant and whimsical art and a list of shark facts in the back!”

Waiting by Kevin Henkes (Greenwillow Books)
“What are you waiting for? An owl, a puppy, a bear, a rabbit, and a pig—all toys arranged on a child’s windowsill—wait for marvelous things to happen in this irresistible picture book by the New York Times–bestselling and Caldecott Medalist Kevin Henkes.

Waiting is a big part of childhood—waiting in line, waiting to grow up, waiting for something special to happen—but in this book, a child sets the stage and pulls the strings. Timeless, beautiful, and deeply heartfelt, this picture book about imaginative play, the seasons, friendship, and surprises marks a new pinnacle in Caldecott Medalist Kevin Henkes’s extraordinary career.”

I am Amelia Earhart (Ordinary People Change the World) by Brad Meltzer (Dial Books)
“We can all be heroes. That’s the inspiring message of this lively, collectible picture book biography series from New York Timesbestselling author Brad Meltzer.

“Kids always search for heroes, so we might as well have a say in it,” Brad Meltzer realized, and so he envisioned this friendly, fun approach to biography – for his own kids, and for yours. Each book tells the story of one of America’s icons in an entertaining, conversational way that works well for the youngest nonfiction readers, those who aren’t quite ready for the Who Was series. Each book focuses on a particular character trait that made that role model heroic. For example, Amelia Earhart refused to accept no for an answer; she dared to do what no one had ever done before, and became the first woman to fly a plane all the way across the Atlantic Ocean. This book follows her from childhood to her first flying lessons and onward to her multi-record-breaking career as a pilot.

This engaging series is the perfect way to bring American history to life for young children, and to inspire them to strive and dream.”

Aru Shah and the End of Time by Roshani Chokshi (Rick Riordan Presents)
“Best-selling author Rick Riordan introduces this adventure by Roshani Chokshi about twelve-year-old Aru Shah, who has a tendency to stretch the truth in order to fit in at school. While her classmates are jetting off to family vacations in exotic locales, she’ll be spending her autumn break at home, in the Museum of Ancient Indian Art and Culture, waiting for her mom to return from her latest archeological trip. Is it any wonder that Aru makes up stories about being royalty, traveling to Paris, and having a chauffeur?

One day, three schoolmates show up at Aru’s doorstep to catch her in a lie. They don’t believe her claim that the museum’s Lamp of Bharata is cursed, and they dare Aru to prove it. Just a quick light, Aru thinks. Then she can get herself out of this mess and never ever fib again.

But lighting the lamp has dire consequences. She unwittingly frees the Sleeper, an ancient demon whose duty it is to awaken the God of Destruction. Her classmates and beloved mother are frozen in time, and it’s up to Aru to save them.

The only way to stop the demon is to find the reincarnations of the five legendary Pandava brothers, protagonists of the Hindu epic poem, the Mahabharata, and journey through the Kingdom of Death. But how is one girl in Spider-Man pajamas supposed to do all that?”

The Phantom Tollbooth by Norton Juster (Bullseye Books)
“For Milo, everything’s a bore. When a tollbooth mysteriously appears in his room, he drives through only because he’s got nothing better to do. But on the other side, things seem different. Milo visits the Island of Conclusions (you get there by jumping), learns about time from a ticking watchdog named Tock, and even embarks on a quest to rescue Rhyme and Reason! Somewhere along the way, Milo realizes something astonishing. Life is far from dull. In fact, it’s exciting beyond his wildest dreams. . . .”

Sunny Side Up by Jennifer L. Holm (Graphix)
“Sunny Lewin has been packed off to Florida to live with her grandfather for the summer. At first she thought Florida might be fun — it is the home of Disney World, after all. But the place where Gramps lives is no amusement park. It’s full of . . . old people. Really old people.

Luckily, Sunny isn’t the only kid around. She meets Buzz, a boy who is completely obsessed with comic books, and soon they’re having adventures of their own: facing off against golfball-eating alligators, runaway cats, and mysteriously disappearing neighbors. But the question remains — why is Sunny down in Florida in the first place? The answer lies in a family secret that won’t be secret to Sunny much longer. . .”

“A heart to protect. A debt to repay. A game to win.

After being swept up in the magical world of Caraval, Donatella Dragna has finally escaped her father and saved her sister Scarlett from a disastrous arranged marriage. The girls should be celebrating, but Tella isn’t yet free. She made a desperate bargain with a mysterious criminal, and what Tella owes him no one has ever been able to deliver: Caraval Master Legend’s true name.

The only chance of uncovering Legend’s identity is to win Caraval, so Tella throws herself into the legendary competition once more―and into the path of the murderous heir to the throne, a doomed love story, and a web of secrets…including her sister’s. Caraval has always demanded bravery, cunning, and sacrifice. But now the game is asking for more. If Tella can’t fulfill her bargain and deliver Legend’s name, she’ll lose everything she cares about―maybe even her life. But if she wins, Legend and Caraval will be destroyed forever.

Welcome, welcome to Caraval…the games have only just begun.”

“We were all heading for each other on a collision course, no matter what. Maybe some people are just meant to be in the same story.”

At first, Jude and her twin brother are NoahandJude; inseparable. Noah draws constantly and is falling in love with the charismatic boy next door, while daredevil Jude wears red-red lipstick, cliff-dives, and does all the talking for both of them.

Years later, they are barely speaking. Something has happened to change the twins in different yet equally devastating ways . . . but then Jude meets an intriguing, irresistible boy and a mysterious new mentor.

The early years are Noah’s to tell; the later years are Jude’s. But they each have only half the story, and if they can only find their way back to one another, they’ll have a chance to remake their world.

This radiant, award-winning novel from the acclaimed author of The Sky Is Everywhere will leave you breathless and teary and laughing—often all at once.”

The Book Thief by Markus Zusak (Alfred A. Knopf)

“When Death has a story to tell, you listen.

It is 1939. Nazi Germany. The country is holding its breath. Death has never been busier, and will become busier still.

Liesel Meminger is a foster girl living outside of Munich, who scratches out a meager existence for herself by stealing when she encounters something she can’t resist–books. With the help of her accordion-playing foster father, she learns to read and shares her stolen books with her neighbors during bombing raids as well as with the Jewish man hidden in her basement.

In superbly crafted writing that burns with intensity, award-winning author Markus Zusak, author of I Am the Messenger, has given us one of the most enduring stories of our time.”

Tags: FB
#sponsored. Articles on scoop are sponsored by the businesses mentioned and/or our advertisers. For more info on our policies click here.

Next post What's New From the Tastemakers at ABODE 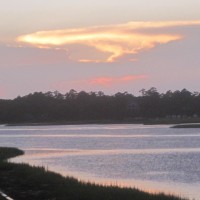 About the Author Ashley Kaufman

I'm happiest sipping coffee or wine and love exploring new places with family and friends, I graduated from Davidson College and now work as a PR consultant and copywriter. I write about Southern travel on my blog: http://pointssouth.wordpress.com/

Advice and Etiquette for Summer Interns

LipoSculpture: In Office, Less Invasive Fat Removal That Does Double the Beauty Duty.